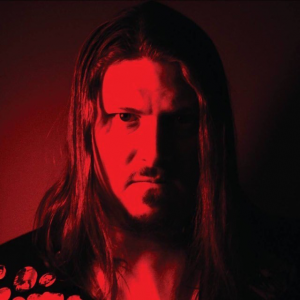 Buffalo. New York – Buffalo Dreams Fantastic Film Festival will honor Pittsburgh based auteur Fred Vogel with its Indie Genre Spirit Award at its 2019 edition, which runs August 23rd– 29that the Dipson Theatres Eastern Hills Cinema in Williamsville, New York. Vogel will screen the New York Premiere of his latest feature, The Final Interview, a thriller, at the festival.

The award celebrates the careers of independent film artists who have made a lasting impression with their work. Vogel, a former instructor at Tom Savini’s Special Make Up Effects Program, has worked as a writer, director, producer, actor and effects artist. He is the founder of Toetag Inc., a production company which self distributes his work. Vogel is known as one of the leaders of “transgressive cinema,” and his films include The August Underground Trilogy, The Redsin Tower, and Maskhead.

The Final Interviewis a change of pace for the filmmaker, as it is a more mainstream thriller. Veteran journalist Oliver Ross conducts a prison interview with death row inmate and notorious murderer Darius Tidman hours before the killer’s execution.  A psychological game of cat and mouse ensues, with Ross’s career hanging in the balance. The film stars Grainger Hines (The Ballad of Buster Scruggs), Vogel regular Damien Maruscak (Sella Turcica, Murder Collection Vol. 1) and Diane Franklin (The Last American Virgin, Better Off Dead, Bill & Ted’s Excellent Adventure). Vogel will conduct a Q&A after the screening, scheduled for Saturday, August 24th.

“We’re thrilled Fred is joining us this year, and that we will have this opportunity to recognize his contributions to independent cinema,” says Buffalo Dreams co-founder Gregory Lamberson. “He has been tireless in bringing his unique vision to horror fans, and this is a chance for them to see his work on a big screen, with excellent sound.”

Now in its seventh season, the mission of Buffalo Dreams Fantastic Film Festival is to bring the best independent genre films from around the world to Western New York, and to shine a spotlight on the work of local film artists.