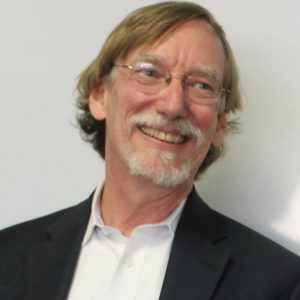 Stoeffhaas served as the Deputy Director of the New York State Governor’s Office for Motion Picture & Television Development for over 20 years before retiring last year, working with film and TV productions across the state and helping launch the state’s highly successful Film Production Tax Credits, and continues to serve as Senior Advisor. Prior to that he was the founder and Director of the Rochester/Finger Lakes Film and Video Office, the first dedicated film office in Upstate New York.

With his creative partner Jeff Ureles, Stoeffhaas co-wrote, produced and directed the feature film Cheap Shots, filmed in Batavia, which had a limited US theatrical run via Hemdale and played at festivals around the world, including Sundance, London, Tel Aviv, and Tokyo. After receiving his MFA in Film from Syracuse University he worked as an independent Location Manager covering Central and Western New York.

Stoeffhaas is a member of the Writers Guild of America, East since 1980 and has taught screenwriting, film production and criticism at various Upstate institutions including Syracuse University, Writers & Books and Rochester Institute of Technology.