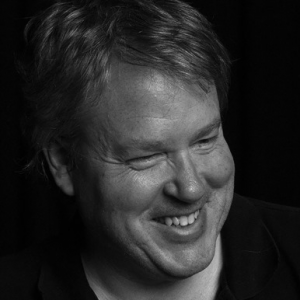 Buffalo, New York – Buffalo Dreams Fantastic Film Festival has named local artist Greg Sterlace its Filmmaker of the Year. The mission of the multi-genre event, now in its seventh year, is to bring the best independent genre films from around the world to Buffalo, and to shine a spotlight on local film artists. This year, for the first time, Buffalo Dreams runs during the summer, from Friday, August 23rd– Thursday, August 29th, so visiting filmmakers can better enjoy downtown Buffalo and Niagara Falls. The festival remains at its regular venue, Dipson’s Eastern Hills Cinema, located in the Eastern Hills Mall, 4545 Transit Road, Williamsville, New York.

Greg Sterlace is a Buffalo based filmmaker, musician, author, and television host. A fixture in Buffalo’s punk rock scene in the 1980s, he moved into cable access television in the 1990s with the long runningGreg Sterlace Show. He has directed such micro-budget films as Ross & Gwen, Failure, and Sweet Jesus. His most recent effort, Catcher in the Rye with Diamonds, re-imagines Catcher in the Ryewith Mark David Chapman in the Holden Caulfield role. His books include The Beatles: Having Read the Book, Trump: Unhinged, and the just published Movies 365: A Good Movie for Every Day of the Year.

“Greg Sterlace is a Buffalo institution, but few people here beyond the fringe know it,” says Bufffalo Dreams co-founder Gregory Lamberson. “His punk rock aesthetic has informed his TV work, his movies, and now his books. With his collaborators, he’s producing guerilla art. He doesn’t work with state of the art technology or cutting edge techniques, but with an attitude and a point of view that make his work resonate. He’s exactly the type of filmmaker we want to celebrate.”